Most Dangerous Intersections in California

Top Five Most Dangerous Intersections in the City of California

Alvarado Street at Seventh Street: According to the latest stats (2013), this area had 25 vehicle vs. pedestrian accidents in the last five years.  This intersection has about every feature that an urban interchange can have.  There are two major roadways each with two lanes of traffic going in both directions plus parking lanes and (in the case of Seventh Street) a dedicated bike lane.  There are numerous bus stops and the area is adjacent to MacArthur Park.  It is also near many local businesses and restaurants (including “Langers”, a Los Angeles eatery that has been around for over 50 years).

Hollywood Boulevard at Highland Avenue: This intersection reported 21 pedestrian accidents with cars or buses over a five year. 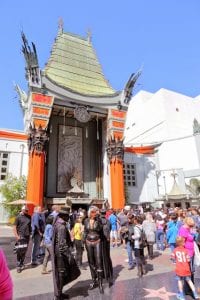 Although “Hollywood and Vine” was made famous in many prior movies and T.V., the intersection of Hollywood Blvd. and Highland Ave. is probably the most visited by tourists in modern day Los Angeles.  Within a three block radius you have portions of the “Walk of Fame”, the infamous Grauman’s Chinese Theater, the iconic El Capitan Theater, the historic Roosevelt Hotel and the newest and one of the largest commercial and retail developments constructed in recent L.A. history, the Hollywood and Highland Center, which is comprised of a large mall of shops and restaurants and the Kodak Theater, which hosts the Oscars.  The level of foot traffic in and around this intersection is as high as anywhere in the city.  Tour buses are constantly coming and going as are city buses and commercial coaches taking people to and from concerts at the Hollywood Bowl.

Western and Slauson Avenues: Reported 19 auto v. pedestrian mishaps over a five year period.  This is a typical busy California street corner in a busy area between the 110 Harbor Freeway and Los Angeles International Airport (“LAX”).   Both roads have two lanes of travel in both direction plus turn pockets and parking lanes.  There are several METRO bus stops and the intersection is within a block of a major railroad crossing.

Union Avenue and Sixth Street: Also had 19 documented cases of pedestrians being struck by motor vehicles over the same period of time.  Very much like Alvarado and Seventh, this is a busy area between mid-city and downtown L.A.  Although Sixth Street is a major east west thoroughfare, it is narrower than the other major east west tracks like Wilshire Boulevard or Olympic Blvd.  Again, there are two lanes in either direction of travel for Sixth with parking lanes and bus transit pick up and drop off stations.

Spring Street and Fifth Street: Also reporting 19 cases of pedestrians being struck by motor vehicles.  This is the heart of Downtown Los Angeles and is typical of the intersections in the city’s center.  Multiple travel lanes on one way streets are bordered by major high rise buildings.  Like the majority of downtown this is the most heavily concentrated commercial and office corridors and is not far from the subway station at Seventh Street and blocks from the Staples Center and “L.A. Live”.  There is also one of the new bicycle “green lanes” that runs along Spring street, although it is only marked for a span of a few yards.  These bike lanes have been painted in various parts of downtown to call attention to sharing the road with cyclists.  It is debatable whether or not they have had any effect.

While the above five intersections have shown an inordinate number of pedestrian mishaps, the numbers reflected above are in the hundreds if you count total number of motor vehicle accidents including auto v. auto, bus crashes, and bicycle and motorcycle collisions.  Other “hot spots” within Greater Los Angeles include several intersections in the San Fernando Valley (especially Van Nuys and North Hollywood) and crosswalks and busy crossways in the adjacent cities of California, West Hollywood, Beverly Hills and Santa Monica.